Having not read any of the books prior to starting this project, I first started by researching them. Luckily, all 3 stories have been made into a film or, in the case of Sharp Objects, a mini series and so the research process was pretty entertaining. I decided early on that I would draw a scene or important symbol from the story. For Sharp Objects, I had initially drawn the doll house from the story with a hand placing a tooth inside of it but I not-so-quickly realized that this was a major spoiler and so I went back to the drawing board and worked on new idea based around a particular shed in the story that played a key role in the main character's backstory but also didn't give away any spoilers to those unaware of the story. The covers for the other two books were went through a number of changes as well but both maintained their original concepts.

For the final versions of the book covers I cleaned up my ideas and brought them all together thematically through the portals and same fonts. Originally, each book had it's own personalized type that corresponded with the theme of its book but in the end I decided to scrap that idea in order to make them feel like they are part of a set. The final cover for Sharp Objects is very similar to the second draft but with minor tweaks and the new type. The original cover for Gone Girl had the main character's silhouette in the doorway but this was ultimately removed to add an allure of mystery as to what happened to the house. Other tweaks were also made to make the house look more modern and keep the dark color theme found in the other two book covers. Dark Places went through the most changes. It initially started with the main character crying in a field and then a window was added to try to fit the new theme. I then decided to make the cover a little more subtle by removing the character completely and changing the window to an open door leading out into a field. This however wasn't quite how the story happened and so I then went back to the open window and added details from the story without being too obvious. 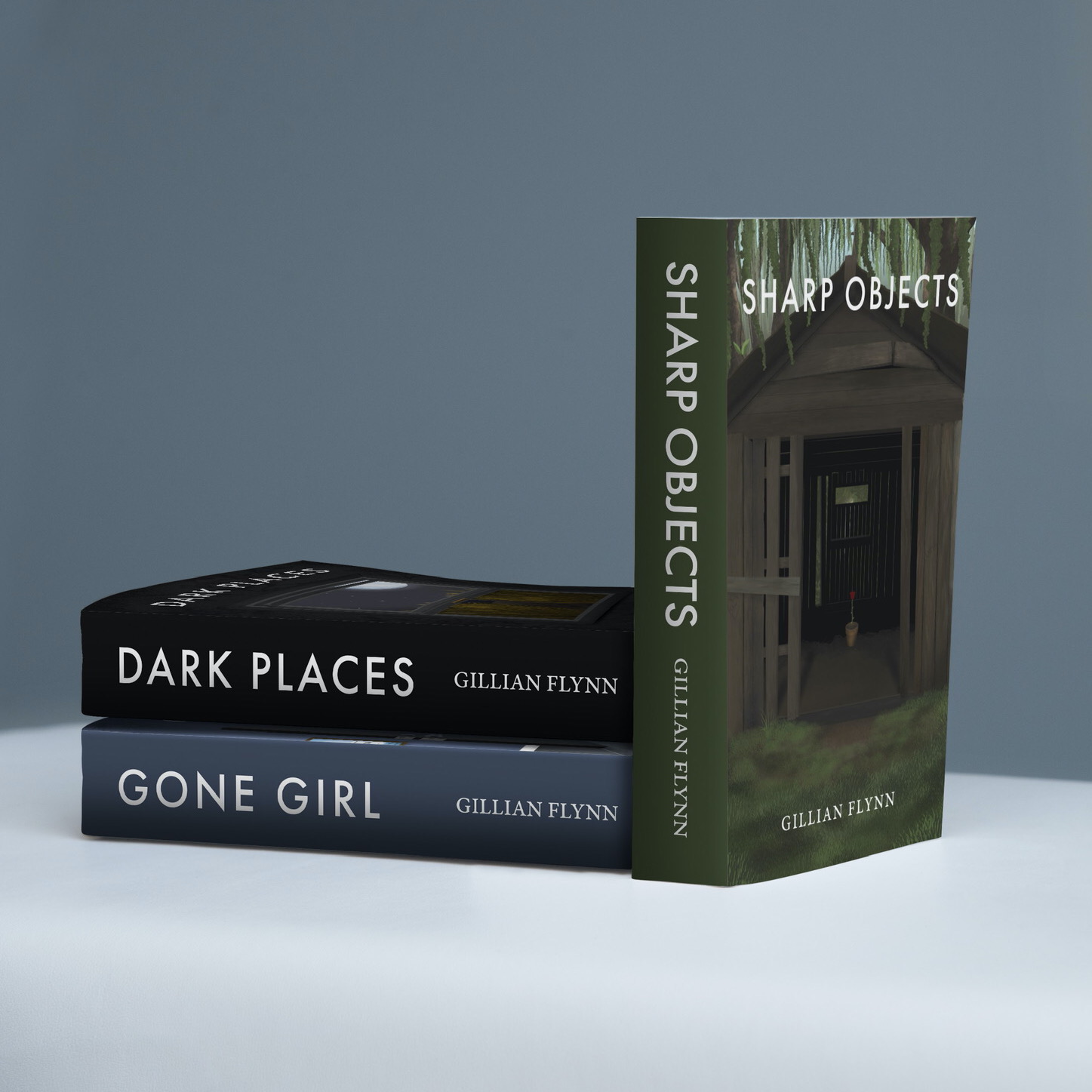 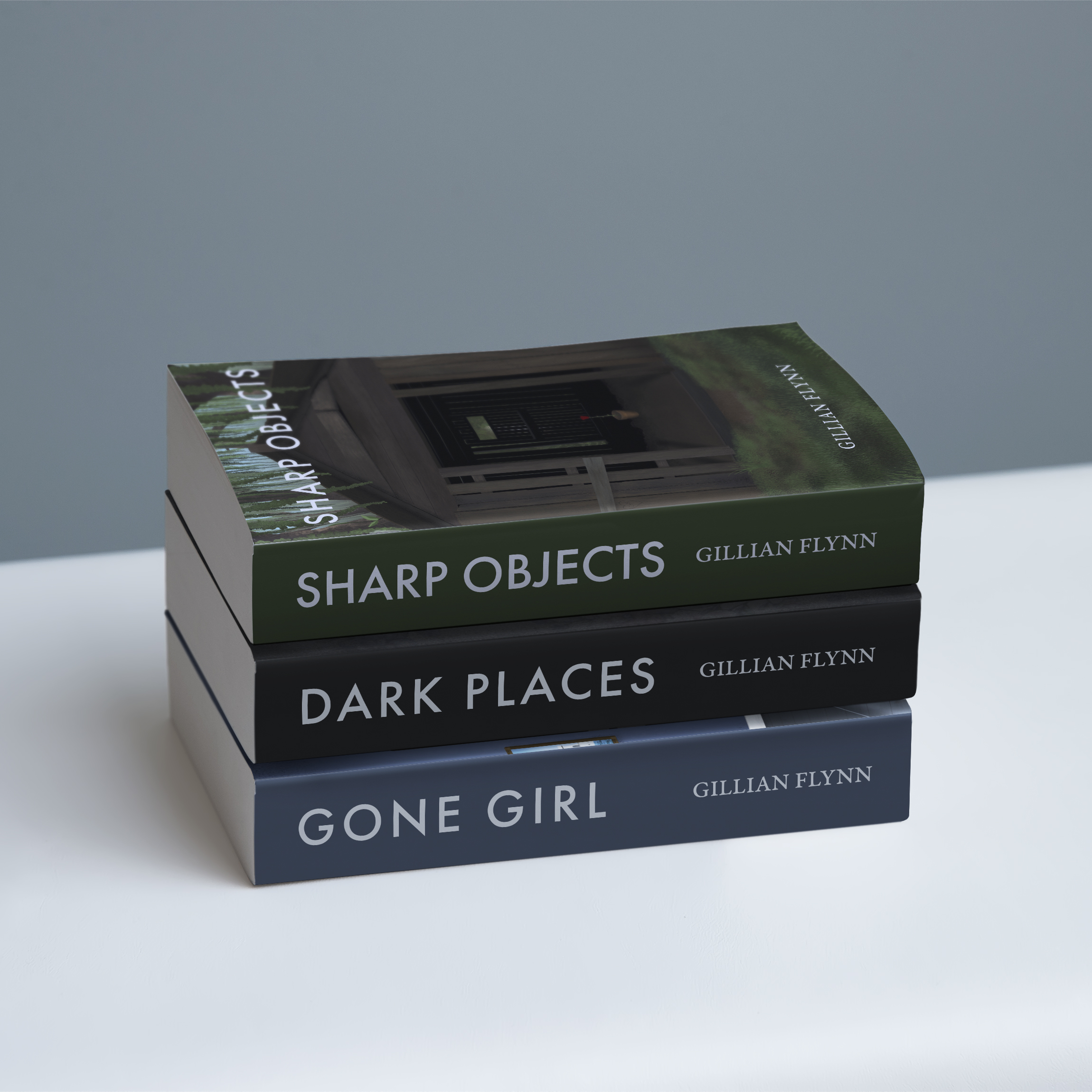 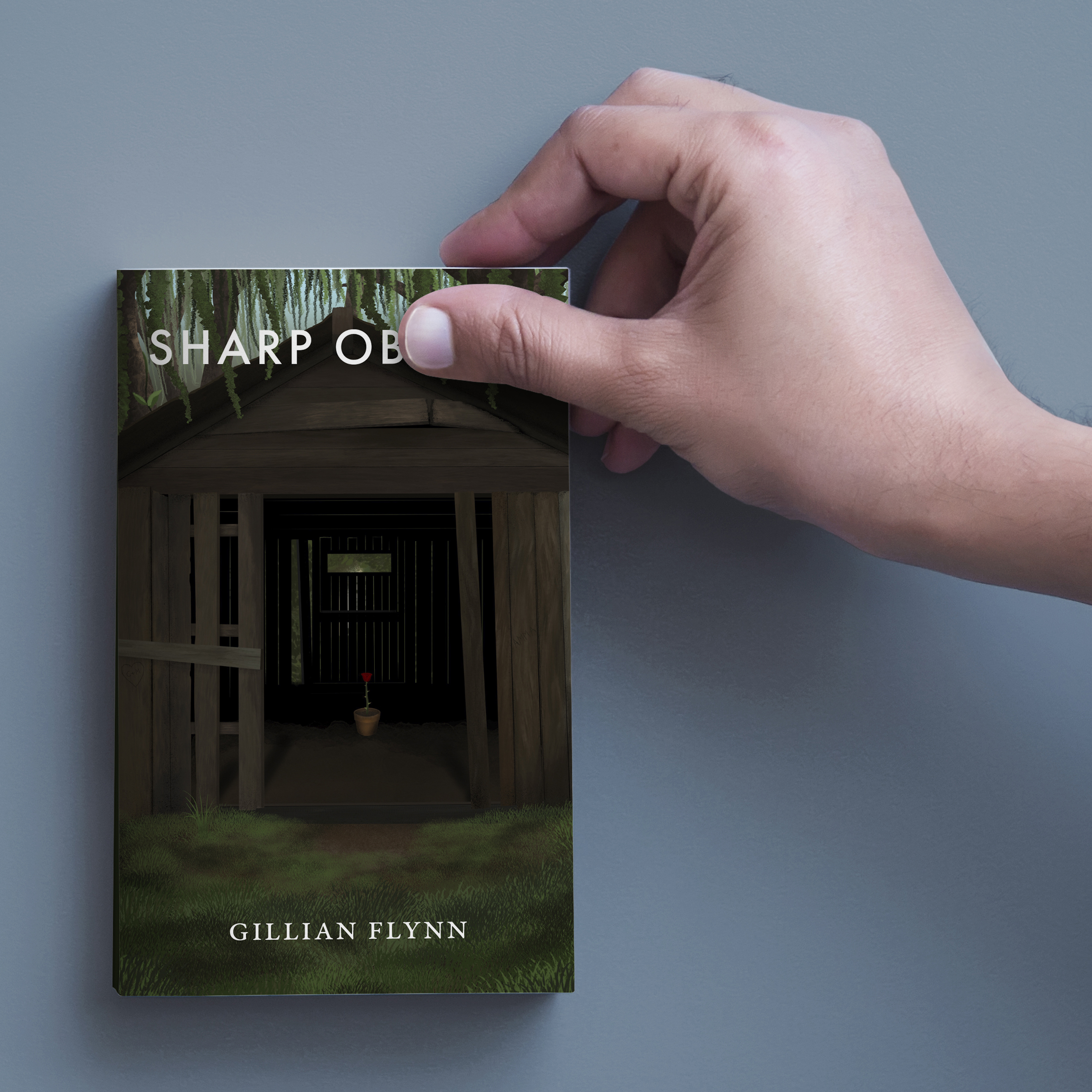 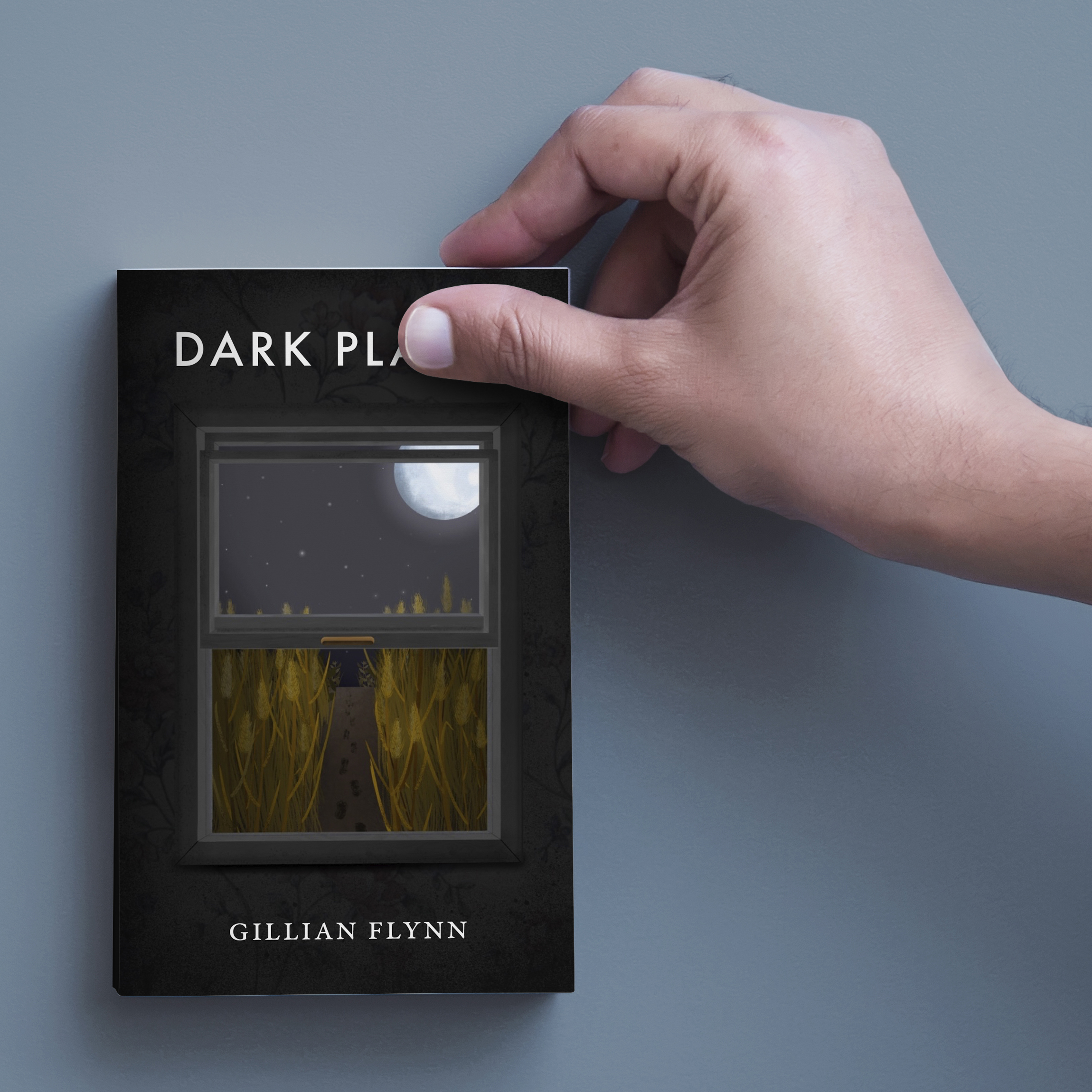 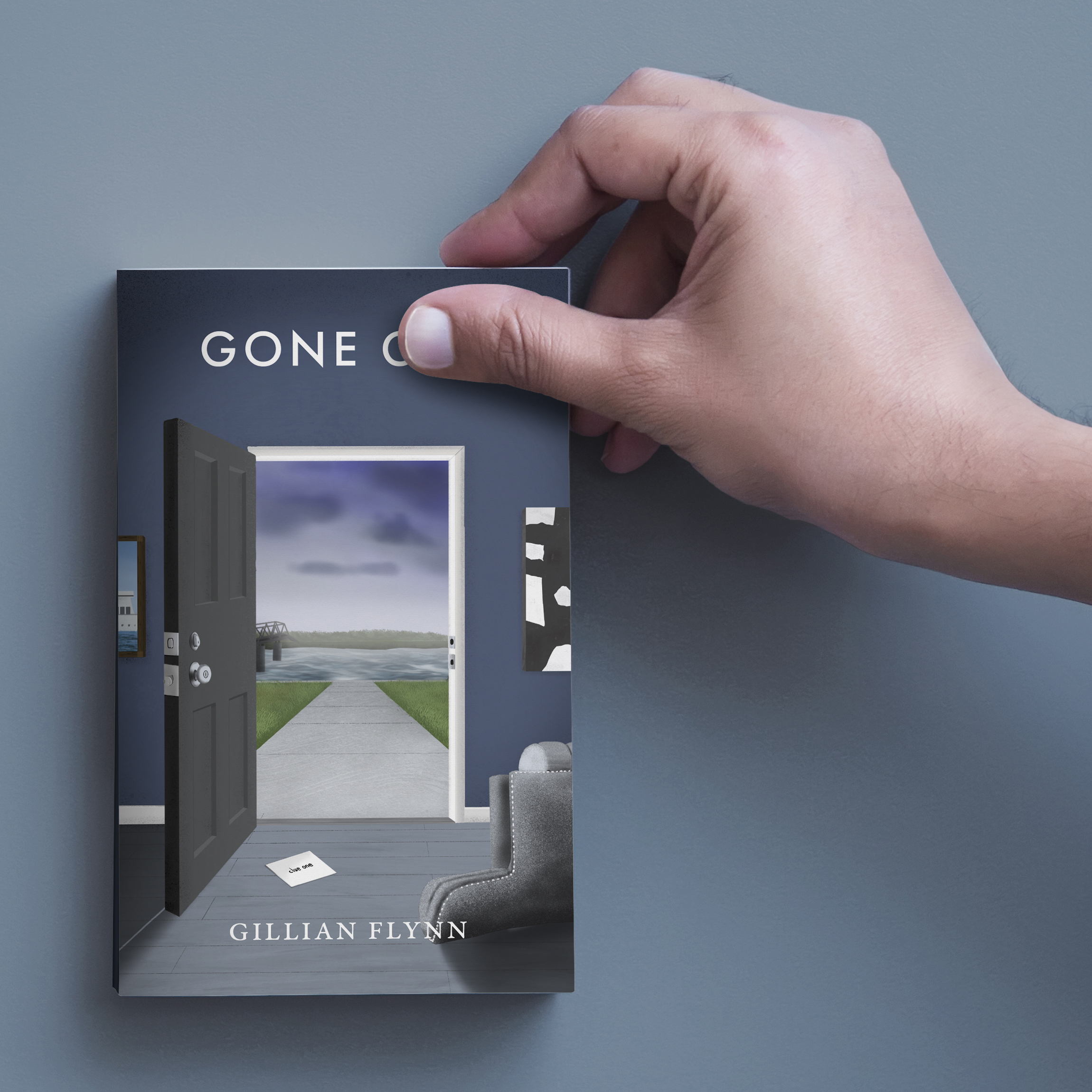