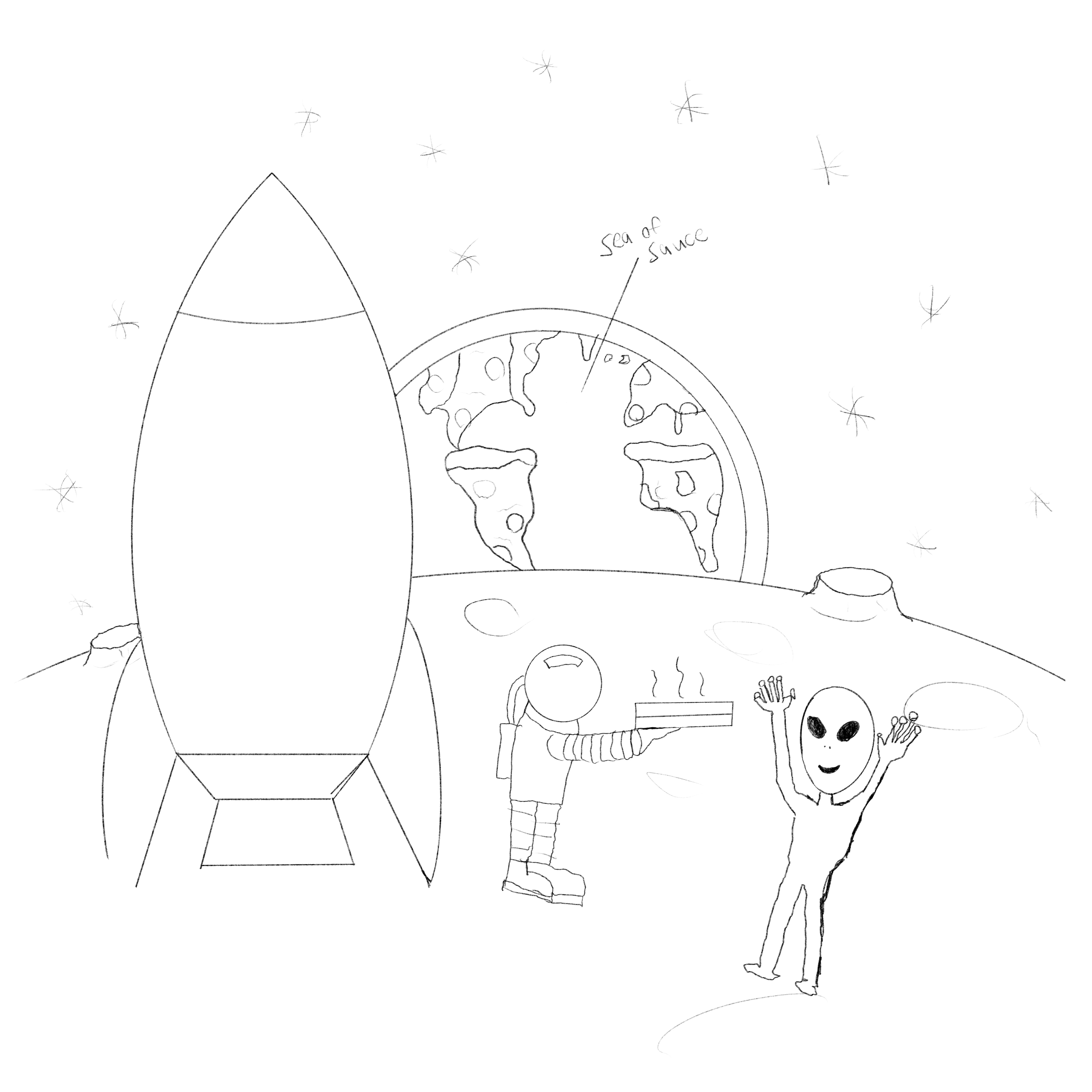 I came up with the idea for the campaign ad and illustration series pretty quickly but it was initially much more fictional and themed entirely in space. I had started drawing a Pizza Hut rocket delivering to aliens on the moon and Mars before being guided to make the destinations more based. I decided to depict the two biggest delivery achievements of Mt. Kilimanjaro and the International Space Station as well as a third under-da-sea destination. Box shape was also taken into consideration. I began drawing for a less-traditional, octagonal-shaped box before setting on the larger canvas of a traditional square box. 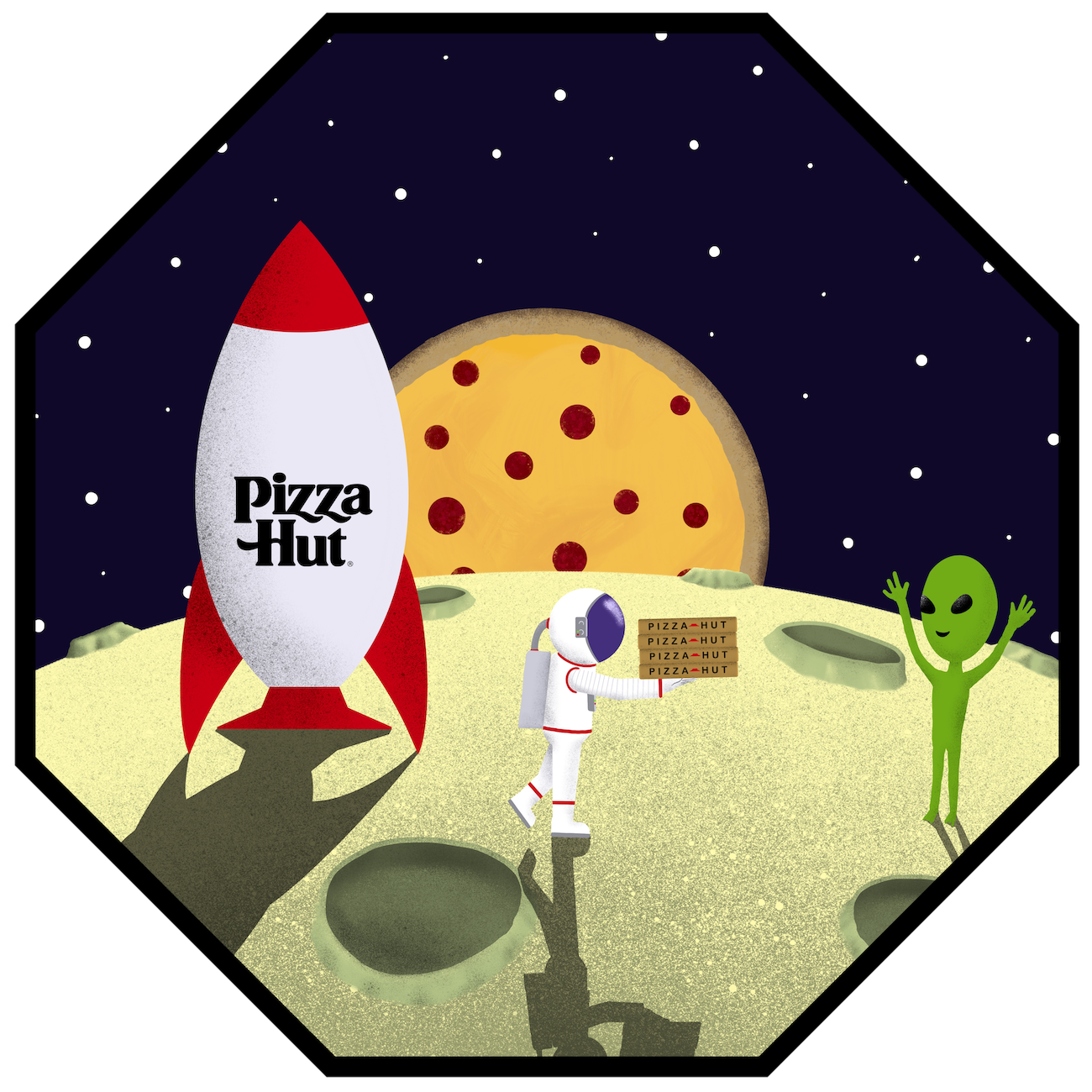 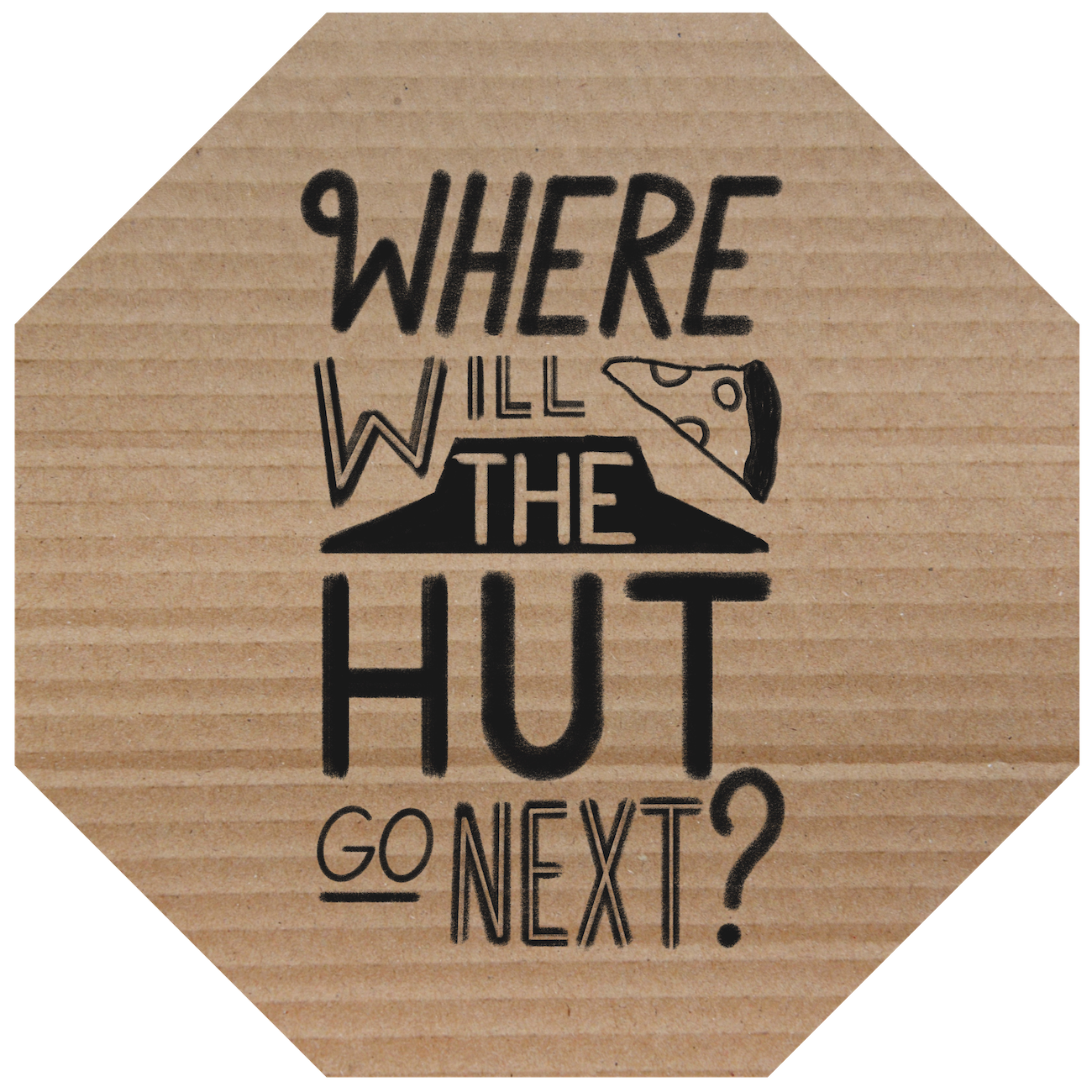 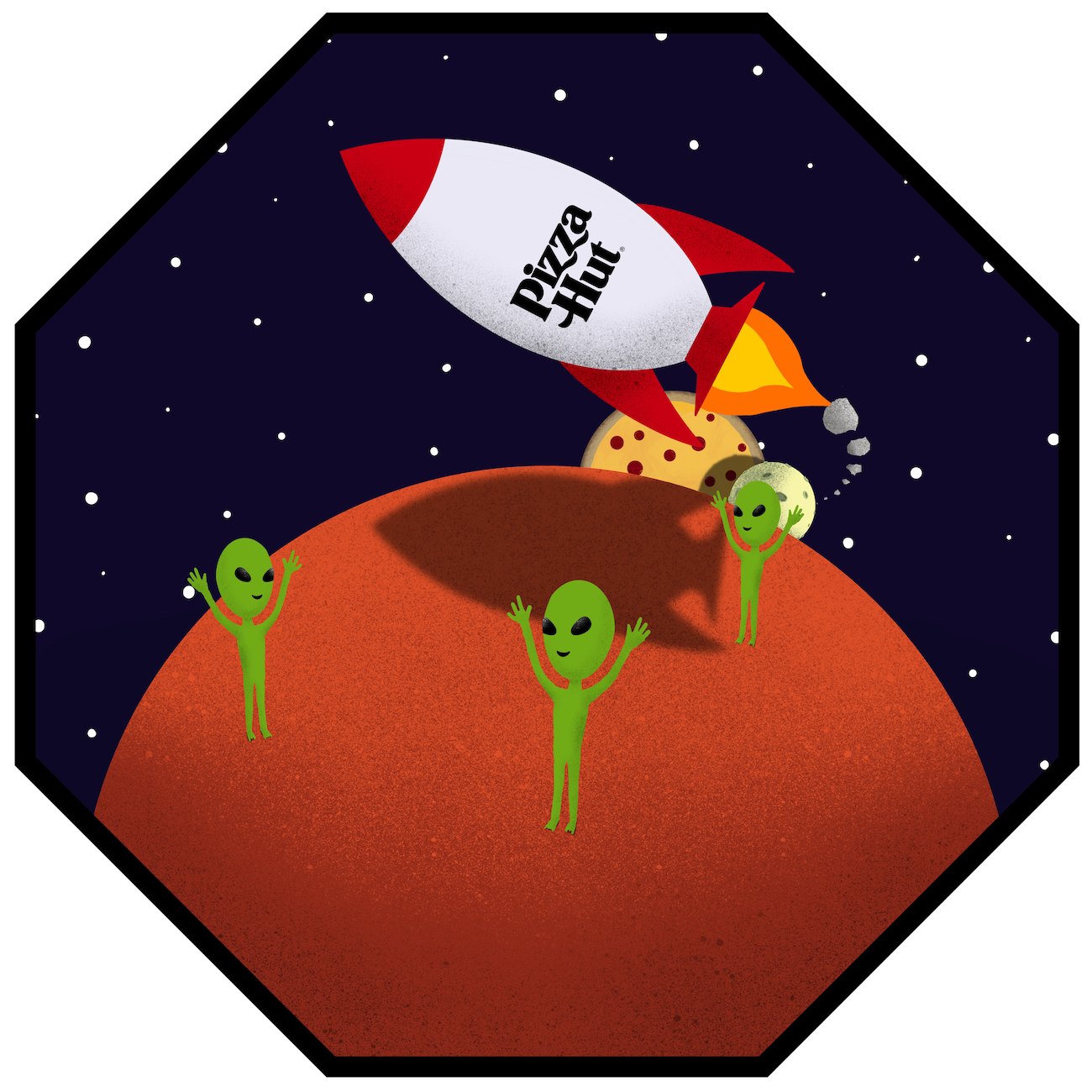 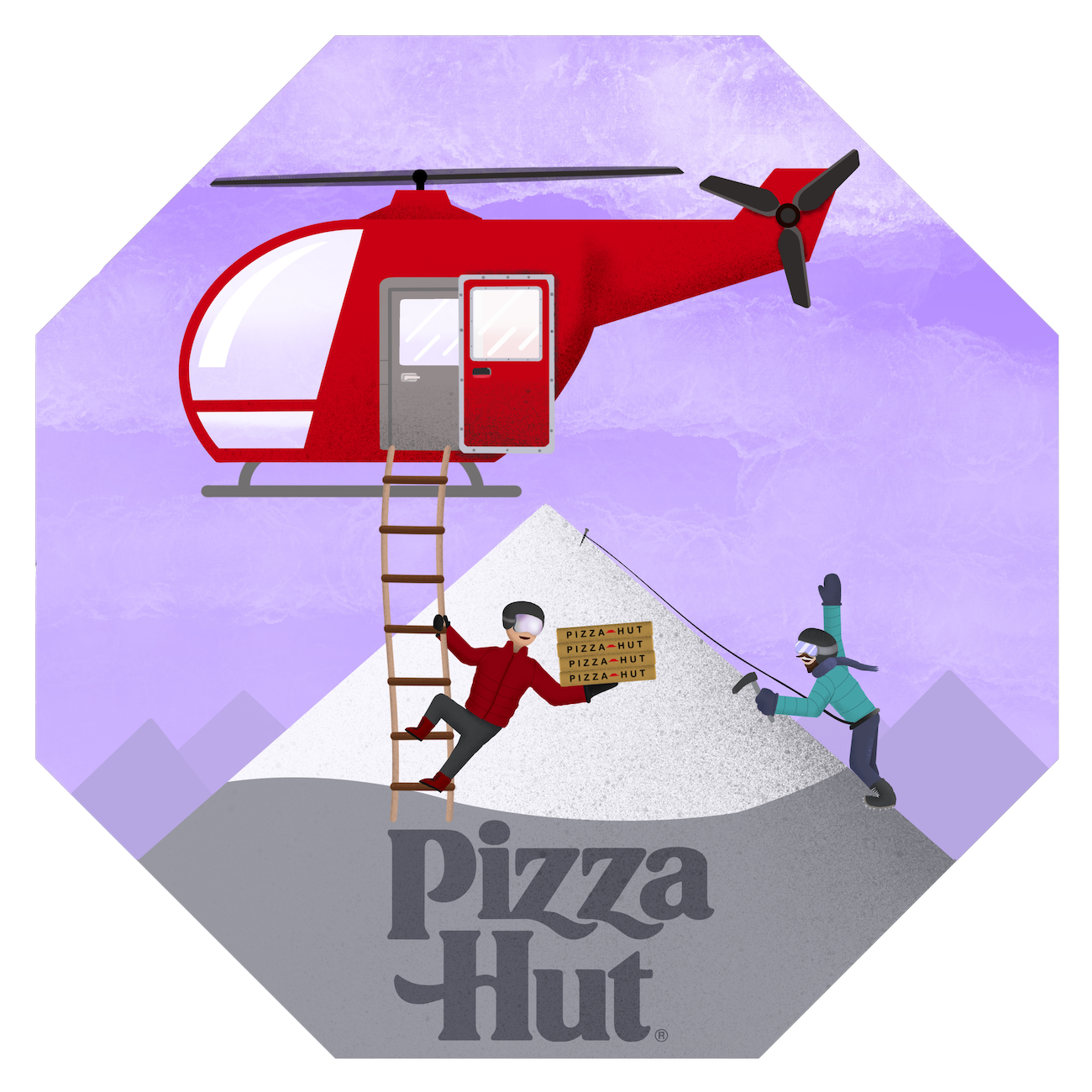 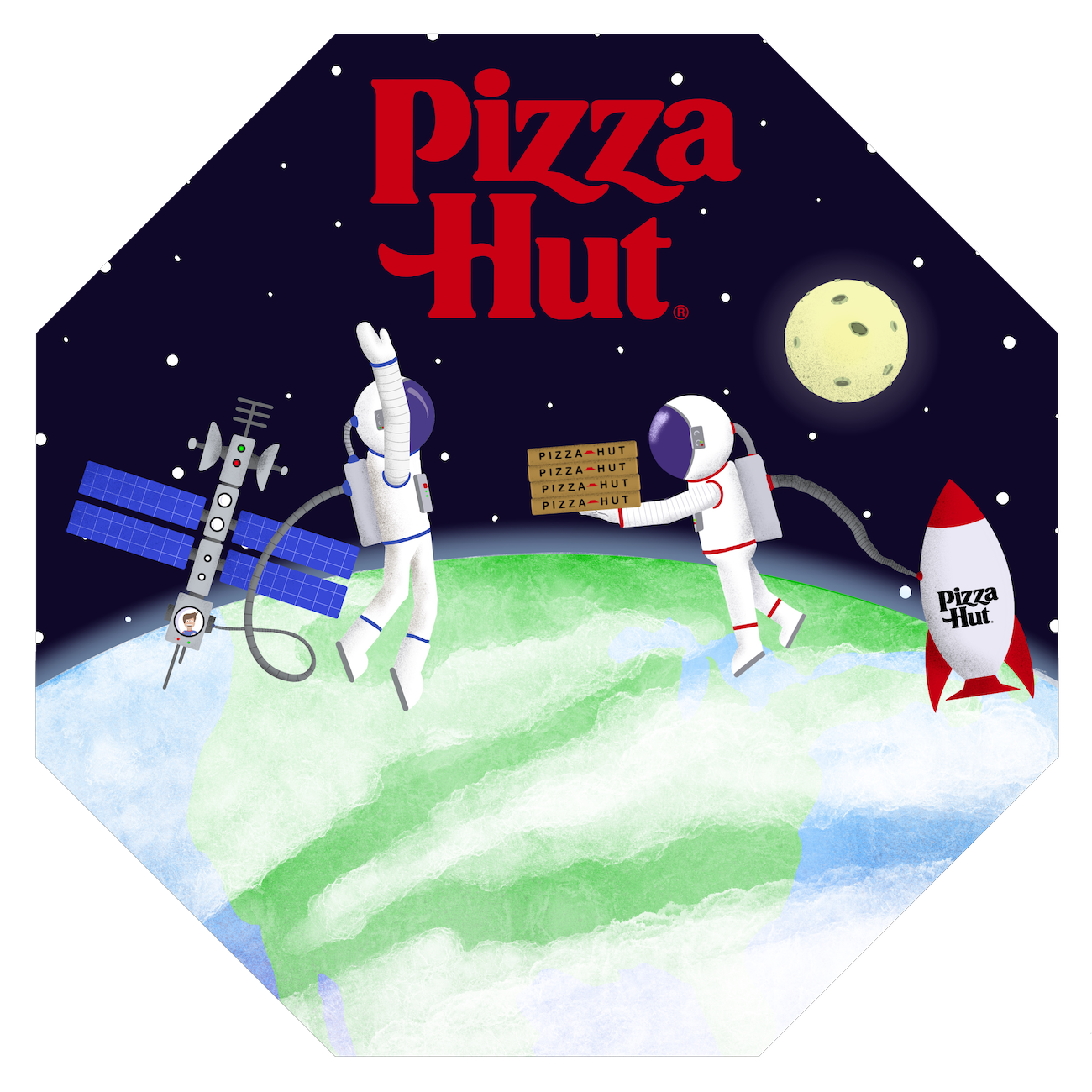 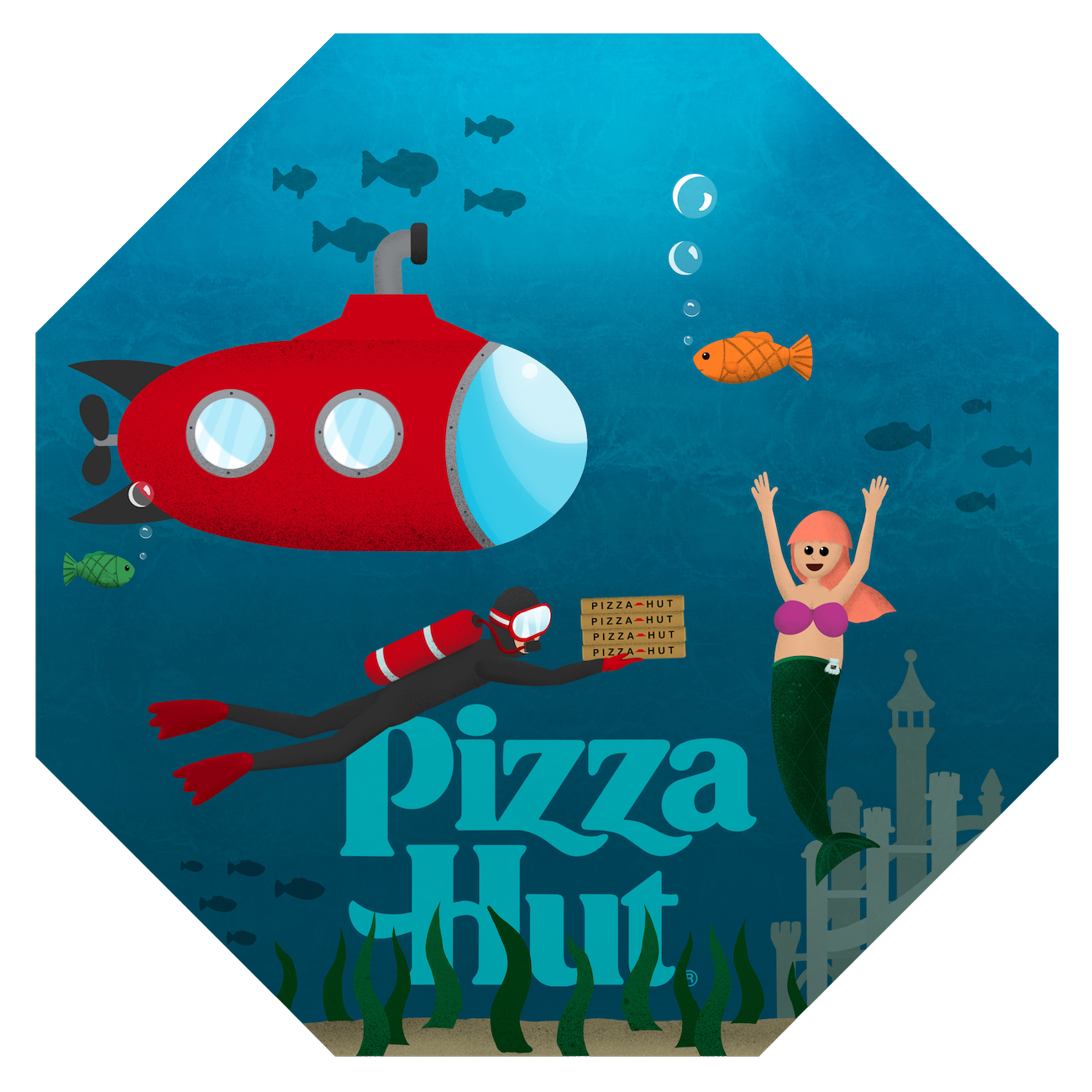 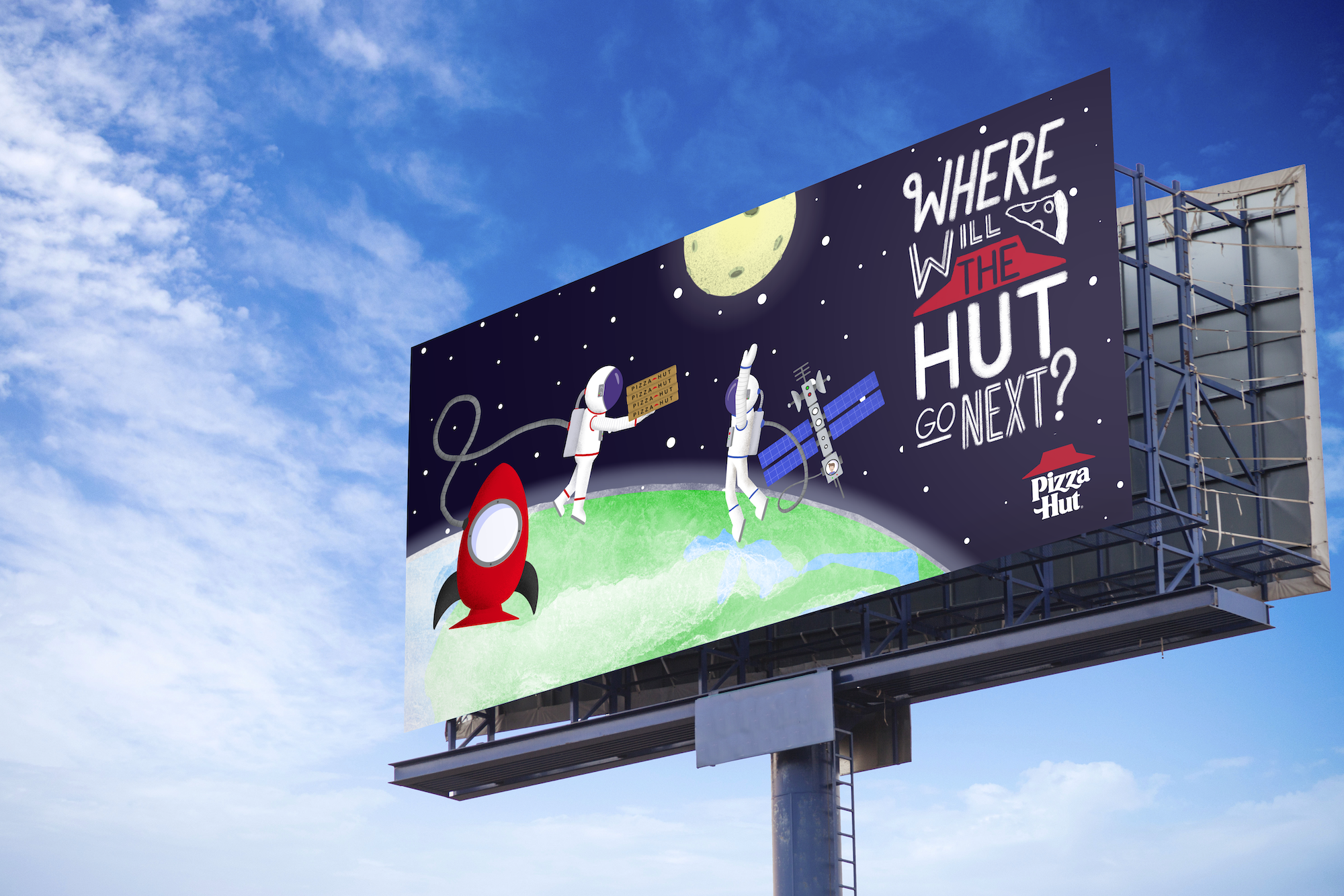