My senior class at Tyler had the opportunity to work with Victory Brewing to design a new Temple University inspired flavor of beer called Cherry & White Ale. We each created our own designs for the beer's tap handle before showing them to the team at Victory. They then selected one design to base the rest of the brand on while the rest of us continued to design bottles, cans, and packaging for our version of Cherry & White Ale. 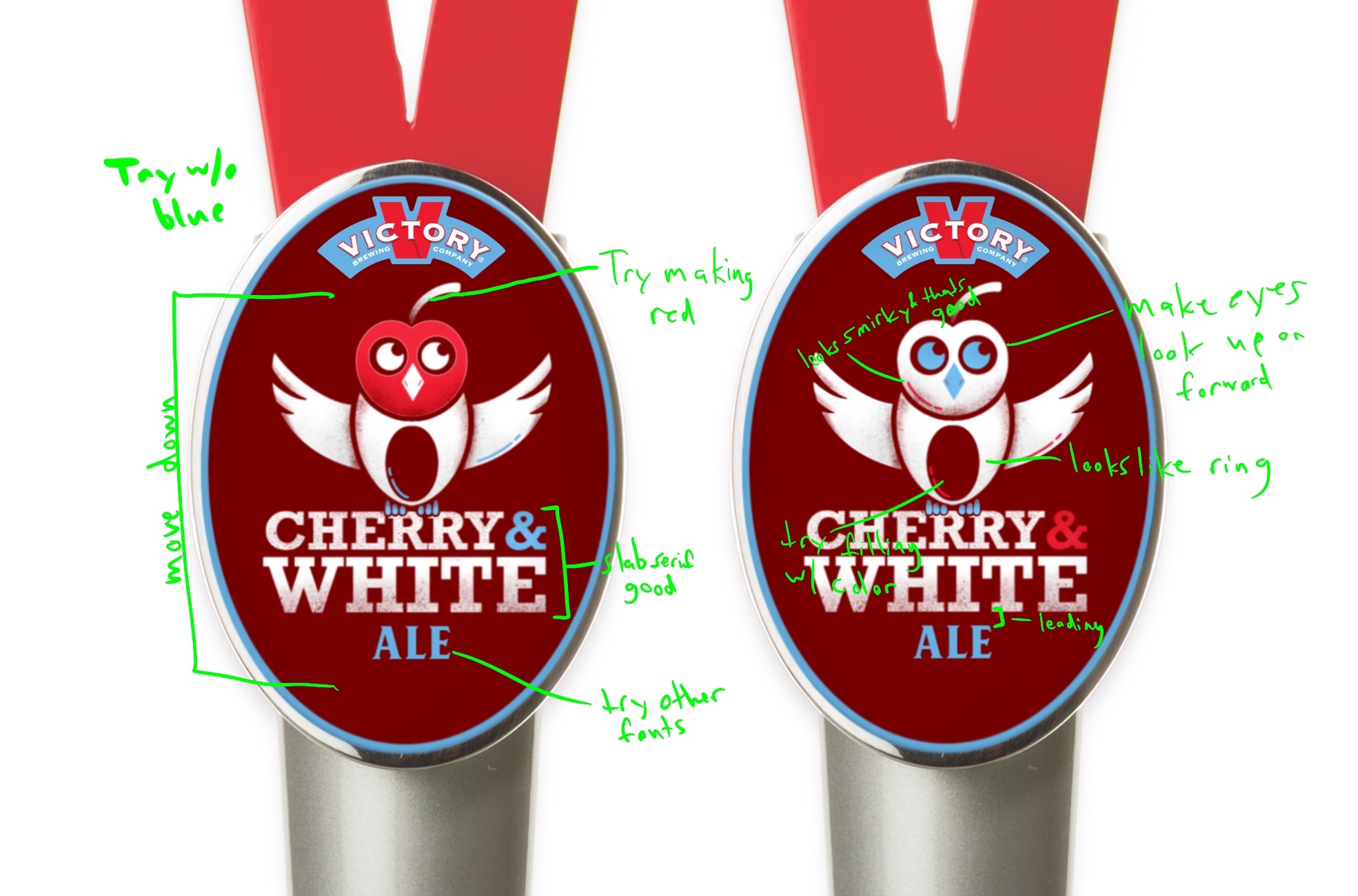 From the very beginning I knew I wanted to include cherries and the Temple owl mascot in my design. I started with drawing an owl with cherry eyes but it wasn't as seamless as I had hoped and the stems of the cherries made it look like a different type of bird. I then tried filling the entire space with an owl and having the cherry implied through it's color but this design would have been difficult to transfer to cans, bottles, and packaging. Most of the early versions were done entirely in Procreate before moving into Illustrator for the final versions. 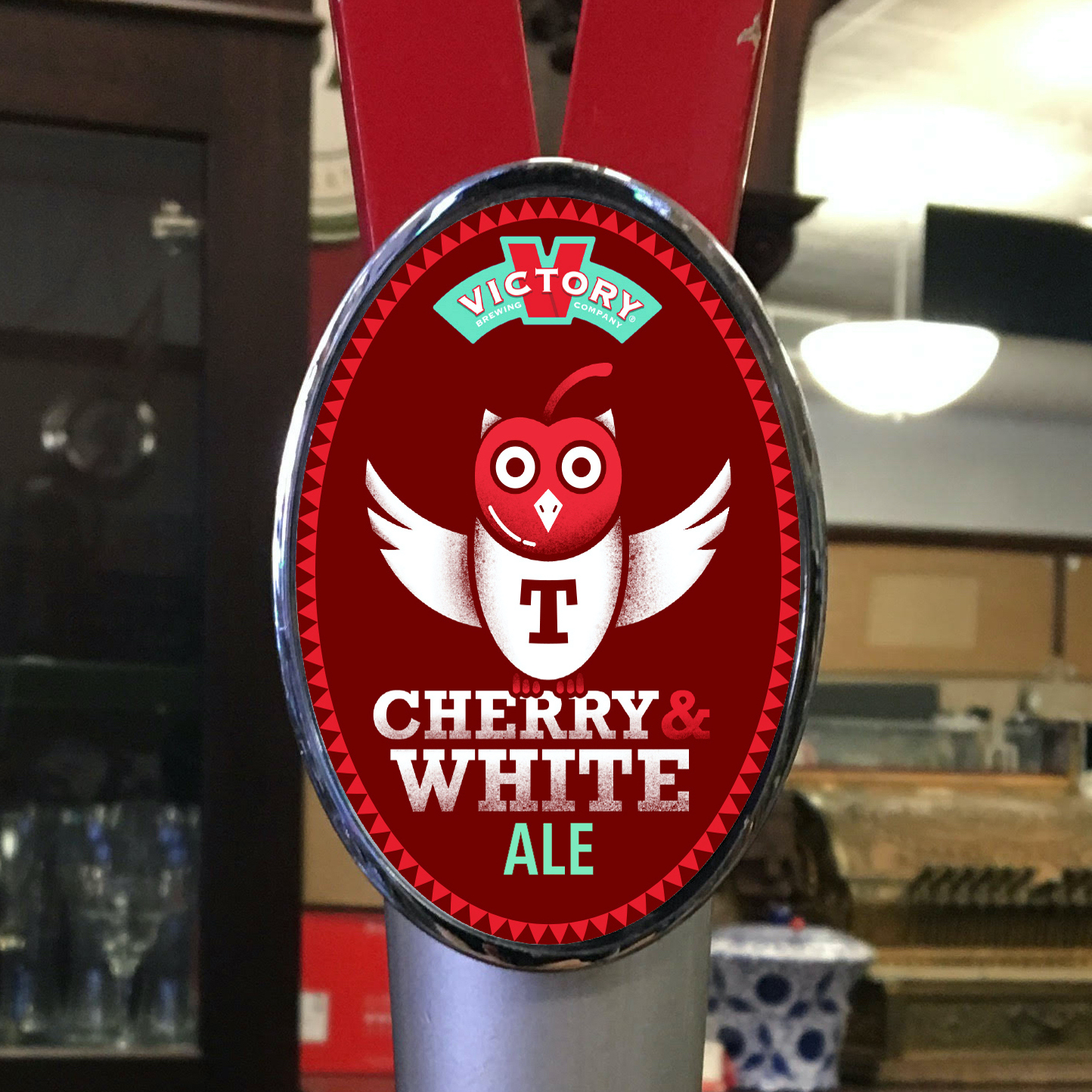 I eventually came up with a design that uses the cherry to form the head of the owl. It originally was not looking straight at the viewer but the original position of the pupils was interpreted by some as eye-rolling, something we obviously wanted to avoid. The owl originally had a belly that I had instively included in my sketch but after receiving mixed reactions to it I ultimately decided to ditch it and in add the collegiate-style 'T' seen in the final version. I also decided to change the Victory-blue accent colors to a mint green that contrasts nicely with the red.

The bottles, cans, and their accompanying packaging were designed after the tap handle design was finalized and therefore my design decisions were largely based around that. I added an array of Temple University landmarks in the midground and a subtle Philadelphia skyline in the background.